I have swooned and oo’d and ah’d over Hamilton: An American Musical for a couple of years now (I know, I was late to the game). Now that it is streaming on Disney+ July 3, 2020, I have been asked why someone should watch the show.

I am not a critical writer. I am not writing this like a critic would at all. I will share the parts that are fascinating to me that I’ve learned through reading the back stories of the writer, director, and lyricist, Pulitzer Prize winner, Tony and Grammy Award winner… and more, all for Hamilton, Lin-Manuel Miranda, Alex Lacamoire, a musician, arranger, conductor, musical director, music copyist, and orchestrator, doing many of those duties with Hamilton, as well. There are a dozen more I have poked around learning about, but the show itself is what I will focus on.

Get your first look at the original Broadway production of @HamiltonMusical, filmed live on stage, coming to @DisneyPlus July 3. #Hamilfilm pic.twitter.com/5ZjGS6PbMI 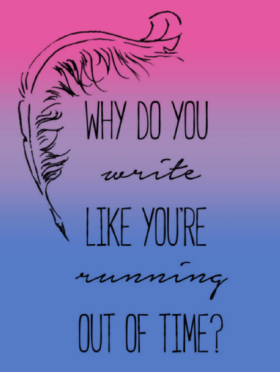 All of this sounds so boring compared to the experience of Hamilton: An American Musical! The musical is picked apart in YouTube, high schools sing for us there, 3-year olds are singing “MY SHOT!”, the poetry of rap is examined as if we were looking at a miraculous artifact.

Even if you only watch it once, please watch it once. Open heart. Open mind. With joy for how our country was made.