I’ve written since I was about 8-years old, journaled since I got my first diary on my 8th birthday. You know, the kind with the tiny lock on it? 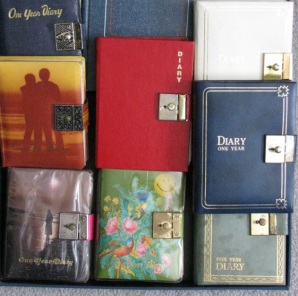 When I was 11, I let Suzette read my diary. Stupidest thing I ever did. In there, I wrote that I’d tried smoking and she went and told my mom who let me know if she ever caught me, I would be eating a pack in front of the family.

I stopped writing in a journal for a couple of years, but when I was 15, an older friend said I had a lot to say and gave me a lovely hard and cloth-covered journal with no lines in it and an amazing Japanese-inspired cover.

I wrote in it a lot, wrote about my boyfriends, my gay boyfriend (when I was 16-years old), going to the gay bar (when I was 17-years old) and sleeping with my first girlfriend Kelly (at 18-years old). By then, that one book had turned into 2 and then into 3.

My dad had a new girlfriend and, when I was 17-years old, I came home from school one day and my Japanese journal was laying on the dining room table. I was horrified. She had gone into my room, snooped to find my journal and then read it aloud to my dad. Their excuse was they were worried about my going out all the time and didn’t like my friends.

I hysterically called my mom who came and got me. I gathered all my journals and put them in a box and carried them with me, getting into mom’s car and going to see La Cage aux Folles with her and her boyfriend. It is one of the funniest movies ever, but I sobbed through the whole thing, my mom wrapping an arm protectively around my shoulder as she laughed and laughed. 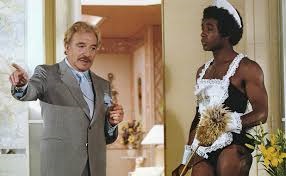 I grew up in a house where words were sacred. Privacy was maintained. None of us would have considered reading another’s words/letters/journals without being given specific permission. To have my father be a party to that betrayal was horrific. It was the first moment I hated the woman he eventually married. (She betrayed me and my siblings many more times after that.)

Mom kept all my old journals (I knew she would never even take a peek inside any of them) and I carried my Japanese one and the one I was writing in with me everywhere. I never left anything home for them to see or read.

Once I moved out, I felt relief in having my words back with me.

Many years later, after I married and had 3 kids, I came out as a lesbian with my (now) former partner of 28 years. My first husband was crazy mad (as one might expect) and went into our storage unit and found all my old journals and those funly-folded notes from junior high school and tossed them in the Dumpster by our house. It wasn’t until I was packing to move that I learned he had stolen my words and threw them away as trash. 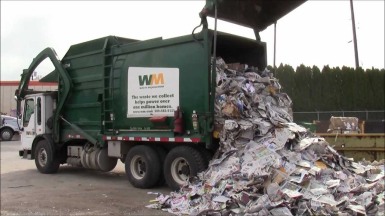 That time, I was heartbroken.

And when the Love of My Life, my partner of 28 years, sent me from Germany to San Diego to live with his mom (me and the 4 kidlets), I wrote him every day. He, someone who has never written a letter he wasn’t forced to, wrote me about once a week or so. I cherished those letters, knowing how rare they were. I kept them neatly in a shoebox under my bed.

When he broke up with me a couple of months later, I took the beloved shoebox and put it on the headboard of my bed, touching it and crying often. All those words of love and honoring our commitment to each other… all just memories.

A year later, I finally got up the nerve to read the precious words he’d written to me. I’d mourned the entire year, face on the carpet listening to Melissa Etheridge sing her pain-filled songs directly to me, endless tears soaking the fibers on the floor as well as throughout my body.

I took the shoebox one night after the kids were asleep, sat on the floor and began opening the envelopes.

Inside the first one was a blank piece of paper. Confused, I opened the next one. Two pieces of paper, folded exactly how my love’s letters had been. Realization began to set in as I began opening more and more of the envelopes, finding blank pages inside. Every single letter, gone… replaced with blank sheets of papers. 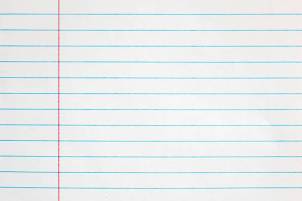 I called the person I still loved so very much and asked who would do such a thing?! He said he would call me right back.

It was his mother.

She told him she did it because she thought I might publish the letters one day and they would ruin his life if people knew he was gay (he was presenting as a woman then).

As badly as my heart was broken when he left the kids and I, I was 1000 times more hurt with his words being burned in the fireplace. He knew how important words were to me, having held me as I recounted the stories of others reading and then stealing and dumping my words. Regarding his mother, he apologized dozens of times, but there was no fixing it. (Tears are falling even as I write this.)

When we got back together a few years after that, the first thing I insisted on was his mother apologizing to me. She did. It did not remove one iota of the pain that still lived inside of me.

When I have told this story, people point out: but you blog! I have considered this truth and even worked on it in therapy.

I am thinking that I blog because I get to choose what comes out to the world. I get to share my thoughts. I have control over the experience of who reads my journals.

I do not censor much, my thoughts fall out of my fingers without much planning. So it isn’t like I am not sharing deep, intimate details with you all; I am. But, I feel empowered that it is me who hits the Publish button and not someone who has no right to my thoughts, feelings or words.

And that feels magnificent.