The one thing I did love about jail… and hoard… was the pat of butter for the bread we got at breakfast, lunch and dinner. 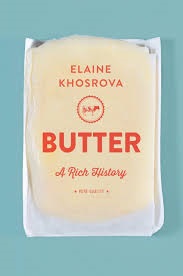 You see, I was… am… a lip balm addict. Have been for probably 40 years. So when I went to jail, they, of course, did not allow me to take any with me. My meds, they let me take (didn’t give them to me properly, but I did get to take them), but not lip balm.

Therefore, I used butter pats. I took the pats from anyone who would give them to me, kept them in my locker in my room and used it sparingly.

It was always a drag when we had inspection because my stock of butter pats would be tossed and I would have to start all over again.

Blessedly, I was given money on my books (in my account) by those who loved me and I could buy Chapstick brand lip balm, the one in the black wrapping. Plain. I love my Blistex Medicated Lip Balm, but I was not going to complain.

When I was extradited to California from Florida (during my second stint in jail for the same crime), I lost my bought Chapstick and had to endure dry lips for a couple of days through the traveling. I was bereft.

When I got to California, my then partner, a Deputy Sheriff in the jail I where I was incarcerated (another story) slipped me his Chapstick to put on before going to my bed. It was not black so I couldn’t keep it, but I was careful to keep it on as long as possible. In the morning, I traded some food for Chapstick… and paper and pencils (another jail story… writing in jail).

The first thing I did when I was released 3 days later was to put my own Blistex Medicated Chapstick on. I was in heaven.

Today, sitting next to me, I have… counting… 10 sticks of Blistex. And another 6 or so in my purse. One by my bed. Clearly, I have been traumatized by being in jail and not having my lip balm. (You see I also hoard pens. I’m terribly worried about running out of something to write with. Really, really. It’s a sickness.)

Now that is my deterrent for not doing any more crimes.