I watched a few days ago as the attorneys for Facebook, Google and Twitter faced the Senate Intelligence Committee, listening as the content of the “platforms” I use was defended. And not defended well.

I have been on the Internet since 1995, although I am hardly a geek or adept at the goings on behind the scenes. However, listening to these lawyers (surely, quite well-paid) not explain what happened with the “Russian propaganda group called Internet Research Agency that created a conflict….” within the Americans reading their content, terrified me.

I loved Facebook. For 9 years. People left during the election and I was flabbergasted how anyone could leave, especially during such an important time. At times I pulled back from the more political groups I followed, but generally, I was present throughout the election experience.

Until now, I’d never considered leaving Facebook, but as the information has begun unfolding about how Russia infiltrated Facebook, some of which it seems they even knew about, I began getting uncomfortable there. I closed my Navelgazing Midwife FB Page, seeing small seeds of political discontent there, whittled my Facebook Friends down to 50 from over 400 at one point, but still, these past weeks, I began squirming more.

As a writer, the Freedom of the Press and Freedom of Speech are enormously important to me. I’ve had a hard time watching as far-right speakers (that have not incited violence) refused a place to speak and share their thoughts. Do I wish they would shut up and go away? Absolutely. But, they are Americans, too, and deserve to add their voices to the discourse.

But that isn’t the same as having to endure propaganda from inside or outside our country. 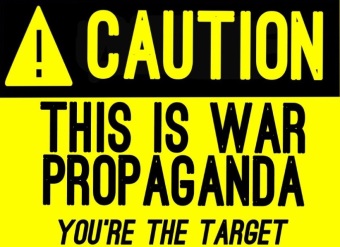 I can be pretty discerning, especially when it comes to medical or scientific data. But, I have always been easily swayed with some arguments. I’ll lean one way hearing one side, feeling sure that is the right path. Then, I’ll hear the other side and re-think my whole belief system based on that information.

I am really vulnerable to slick talkers and those with psychological skills I cannot recognize or counter. I try to stay away from these arguments, but during the election (and especially now), it is impossible to do. I have said several times recently: I love my Echo Chamber. I simply cannot process the other side’s views without a near breakdown of my values and beliefs.

I’m not sure if it’s a mental illness in me that makes me so vulnerable or if others are like that, too. Knowing it, though, whatever the cause, I had to make a move to protect my mind and heart.

So, I deactivated my Facebook account with a message to them stating my concern about their lack of Internet safety. Not sure if I will ever go back, but certainly not before massive changes have occurred to protect my spaces there from the propaganda that lured so many of my former friends.

I will write instead of perusing the Trending topics, saving that for Twitter, which I am still debating about leaving. I need to write. I have so many things I want to say.

Hopefully, without Facebook, I will find the time to do just that.