Jarrett Hill wrote an OpEd piece called “White People, It’s Time to Use Your Privilege, Whether You Believe You Have It or Not,” for NBCBLK September 24, 2017.

“A message for white people:

“I know how jarring it may be to hear a non-white person, or maybe anyone, even say the words “white people,” as it can take on a pejorative connotation. That’s fine. This isn’t always comfortable to have to say, but that doesn’t make it any less true, necessary, or timely.”

The challenge is for white people (myself included) to stand UP, (and kneel DOWN), speak UP and stop being complicit in the systematic and so-deeply-ingrained-whites-don’t-even-see-it-anymore prejudice and hate against People of Color.

“Sorry, but not sorry, you’re going to have to take a side. And yes, you have to do it now.”

The United States has always had a divide between races. But now, with the dotard “president,” it has become a chasm, one that grows more visible and wider with each new tweet. White people just cannot keep their… OUR… mouths shut anymore. We have kept silent and turned our backs for far too many decades.

Blacks are being killed by the police nearly every day. Latinx are being confiscated from their homes, from schools, their places of employment and even in hospitals and churches. Muslims are accused of violence simply because of their religion… one many of us do not understand (myself included), but the harassment and death threats are just not what the United States was founded to represent. All of this in order to fulfill the dotard’s horrific ideas… and plans… to rid the country of anyone not white. 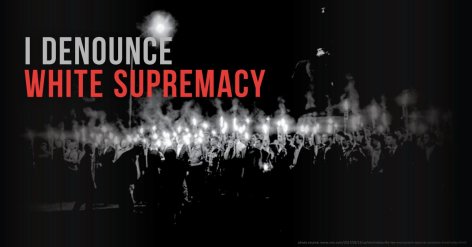 “It’s very likely, and understandable if you feel this is unfair, this is inconvenient, it’s frustrating, it’s difficult, it’s embarrassing, it’s going to alienate you from people you know, love, work with, watch the game with.”

Too fucking bad. SPEAK UP! Speak for those who get killed when they open their mouths, receive death threats when they kneel at a football game (exercising their First Amendment exquisitely). We whites cannot leave Black & Brown people hanging out there alone anymore.

I read an article yesterday (that I cannot find again for anything) where a Black Medical Resident was leaving work after a more-than-30-hour shift in the Emergency Room and a white man in a car started screaming the N-word at him, over and over again. He added some other racist epithets, but mostly it was the N-word. He said the white man was laughing so hard at his hilarity the doctor thought he would have to give him aid when he finally collapsed in hysteria.

While that part is gross enough, the part that was the most offensive to him (and me) is the whites in the parking lot who said NOTHING. 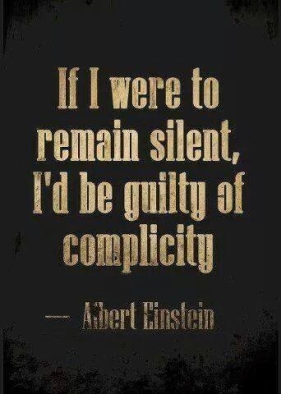 He said they skittered away, trying not to get involved.

What the holy fuck, white people!

SAY SOMETHING! SCREAM BACK!

Yeah, I know… they might have a gun. If they do, they do. You are supporting/protecting/showing love for another human being that is in the line of fire. If you believe in a God, He will surely reward you for speaking up.

“That’s privilege. Someone once said, “when you’re accustomed to privilege, equality feels like oppression.” This is a taste of equality.”

It’s tough to say something when we are so used to just walking on. We cannot just walk by anymore.

WE CANNOT IGNORE THE ISSUE ANYMORE.

WE HAVE TO SPEAK UP! 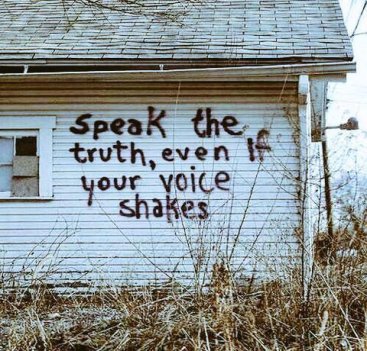 SCREAM when others simply cannot or are hoarse from doing so.

5 thoughts on ““Make a choice. Speak up. Unsubscribe.””